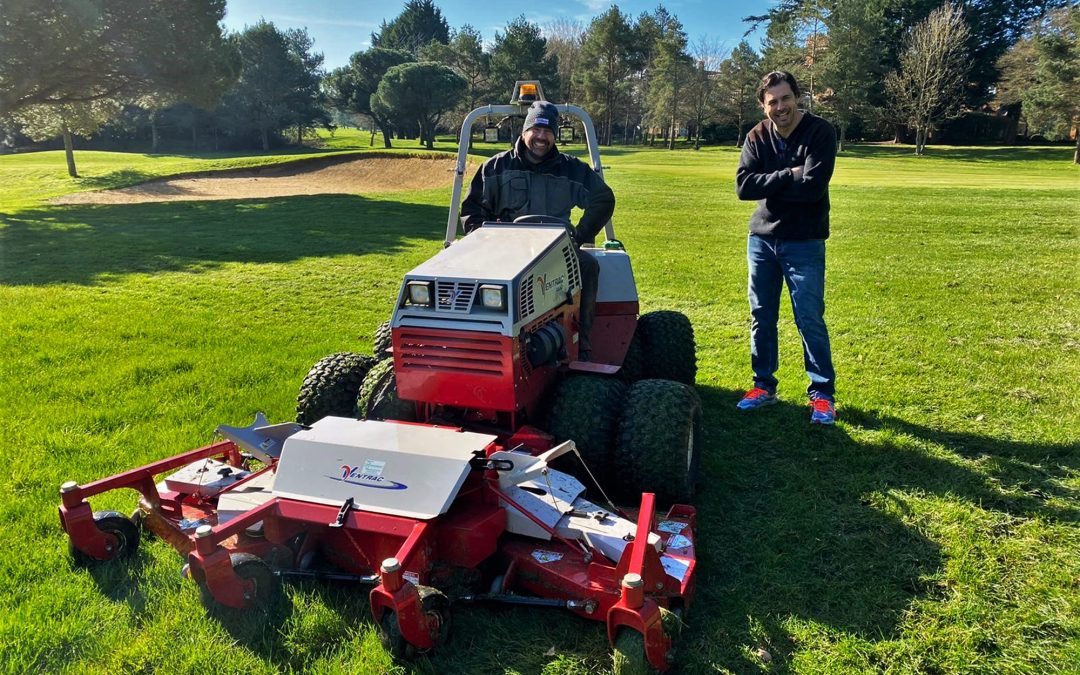 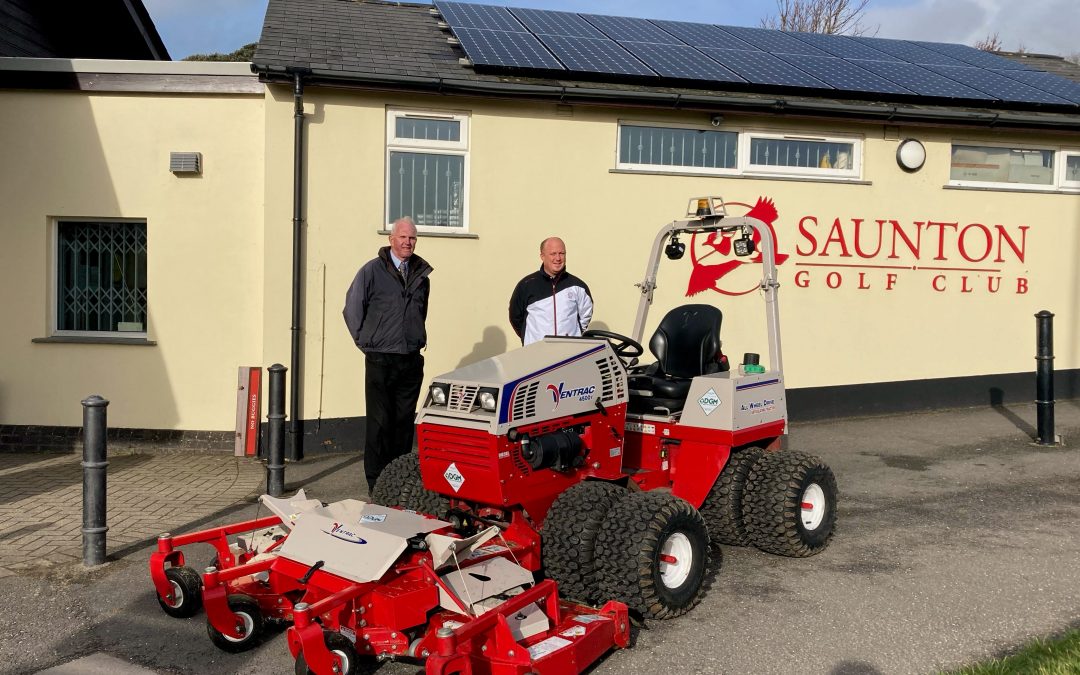 Bury St Edmunds, Suffolk (25 November 2020) Saunton Golf Club, situated south of Woolacombe on the coast of north Devon, is the latest golfing venue to purchase a Ventrac 4500 all-terrain compact tractor and a selection of attachments. Delivered by local dealer, Devon Garden Machinery, the package includes the 25 hp tractor unit in its 8-wheel configuration, a Contour deck, a Tough Cut deck and Power Rake.

Formed in 1897 as a 9-hole course, the 103-year old club now has two 18-hole championship-standard links courses, with reputations that stand comparison with the finest in the UK. The East Course is ranked No.12 in the Golf World ‘Top 100 Courses in England’ and the West Course is No. 98.

Murray Long, the former Courses Manager at Sunningdale, has recently been appointed Course Manager at Saunton. Commenting on the Ventrac he said,

“We need to control bramble and scrub around the courses and we have pathways made of seashell shingle, which can become rutted and uneven over time. The practice ranges are enclosed by steep banks, which we maintain by the labour-intensive job of strimming. To tackle these issues, we needed a versatile machine and thought that a Ventrac might provide the solution.

“I first saw it during visits to BTME and then became aware of the positive feedback from respected industry professionals in our trade magazines and on social media. Following our initial enquiry to local dealer, Devon Garden Machinery, they quickly provided quotes and a demonstration, which confirmed the premise that this was the machine for us. Their service has been excellent throughout.

“Until you experience it working, it’s had to appreciate how versatile it is. We purchased the Tough Cut deck, which will help combat the bramble and scrub issue; the Contour deck will be used on the banking around the practice area and some areas of rough. The Power Rake is great attachment as it agitates the shingle, smoothing out the ruts, leaving pristine pathways.

“It will certainly increase productivity and reduce the use of machinery linked to hand/arm vibration hazard, such as strimmers. It is unique in its multi-use applications giving it extreme versatility. I have seen many machinery demonstrations but none have been as impressive as the Ventrac. Every course would benefit from having one.”

“As Murray has indicated, it was a very impressive demonstration. I hadn’t seen the machine before, but it quickly became apparent that not only would it increase the productivity of the greenkeeping team, but also safeguard them as well. Paul Vickery, our Chairman of Greens, attended the demonstration and we quickly made the purchasing decision. It will certainly contribute to raising the already high presentation standards of our facility, for members and visitors alike.”

Saunton has hosted the R&A Boys Amateur Championship on two occasions. In August 2019, 252 of the world’s most talented boys battled it out over our East and West Courses. After 91 holes of play, the winner Tom Gueant of France beat Wilmer Ederö from Sweden in a sudden-death play-off on the first hole of the East course. Saunton also hosted the Championship back in 1997, when a young Sergio Garcia won the title, before amassing the highest points total for Europe in Ryder Cup history, and also winning the Masters Tournament back in 2017. 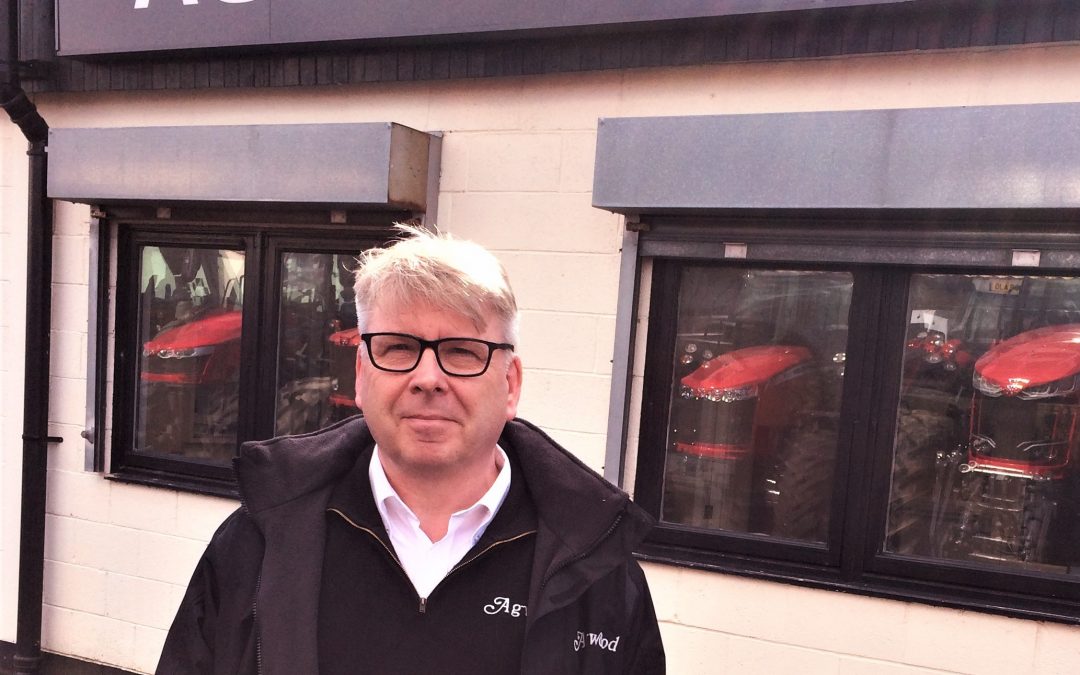 Bury St Edmunds, Suffolk (26 March 2020) Agwood Ltd, based at Swingfield, near Dover in Kent, is the latest turf machinery dealership to join the Price Turfcare Ventrac dealer network in the UK.

Agwood was formed by Ian Wood back in 1978. An independent company, they pride themselves on their record of exemplary customer service demonstrated by their recognition as BAGMA Approved Testers for Trailer Brakes, PUWER and LOLER Approved Installers of Tracker and Cesar Datatag and NSTS Sprayer Testers.

“Since Rupert Price launched his business three years ago, the Ventrac product has really taken off in the UK. It’s a very well-made piece of equipment, yet easy to work on. It’s also very versatile because of the numerous attachments that can be mounted on it. Rupert has done a tremendous amount of groundwork in the past three years and it’s certainly paying off as our industry recognises the potential of the multi-purpose machine. We are delighted to add this remarkable brand to our product portfolio that already includes Massey Ferguson’s range of tractors, harvesting and groundcare equipment, along with Lemken, Opico and Suzuki ATVs.

“We are steadily building our dealer network and only taking on reputable dealers who we believe will add value to the brand. We require our dealers to be pro-active, focussed on the product and capable of providing exceptional customer back-up and support. Agwoods’ exemplify these requirements and we’re delighted to welcome them to the Ventrac family.” 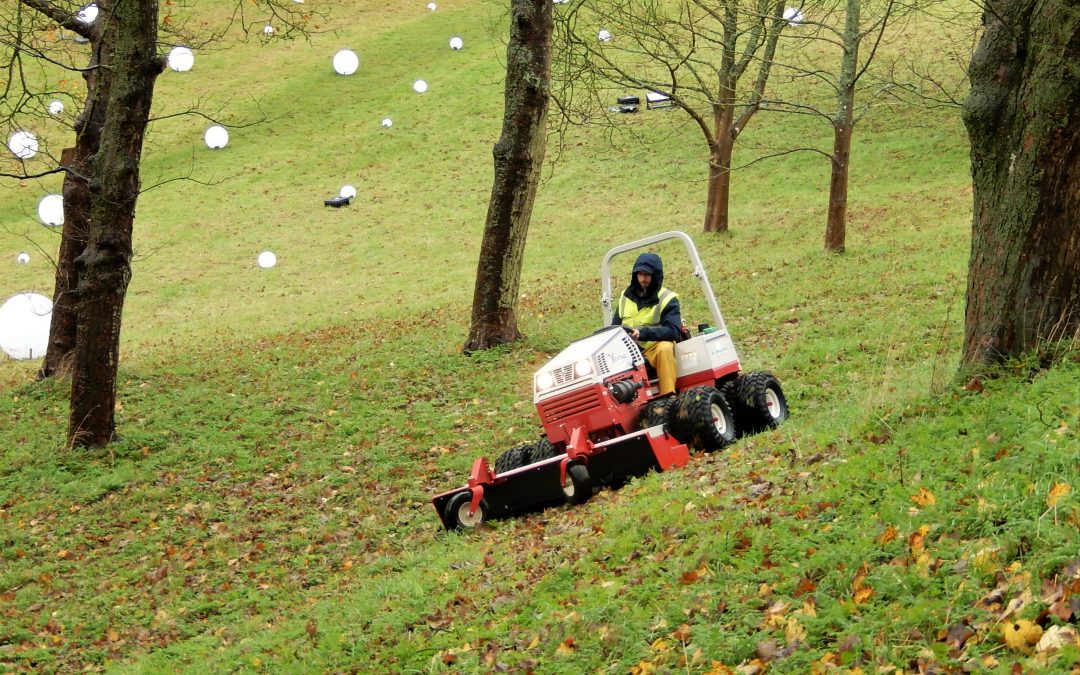 Bury St Edmunds, Suffolk (12 February 2020) The Rothschild Foundation has purchased a Ventrac 4500 all-terrain compact tractor and Tough Cut mowing deck from supplying dealer, RT Machinery Ltd, to help maintain the gardens and grounds at Waddesdon Manor near Aylesbury in Buckinghamshire. The Foundation manages Waddesdon on behalf of the National Trust.

Mike Buffin is Gardens Manager at Waddesdon and heads a team of 14 full-time gardeners and four students on one-year assignments. His impressive CV includes working at the Royal Botanical Gardens in Edinburgh, the University of Pennsylvania, the Sir Harold Hillier Gardens and National Trust. The gardens department manages over 400 acres at Waddesdon.

“We have wildflower meadows dotted around the estate, many on challenging slopes,” he said. “I’m attempting a change to the direction of our maintenance regimes, looking to get more versatility from our equipment and taking a more environmental approach, where possible.

“There’s a broad expanse of lawn at the front of the house, which takes a lot of wear at our annual events, such as the Christmas Fair, Colourscape in May, Summer Fest in July and Chilli Fest each September. The initial demo highlighted the benefits of the Aera-vator in relieving the compaction and the overseeding attachment worked particularly well. However, it was on the wildflower banks where the machine really came into its own. It was a wet day and the Tough Cut deck performed admirably in these challenging areas. We have been using several different mowers to achieve the high level of presentation expected at Waddesdon. The versatility of the Ventrac has simplified this and it is now one of our principal mowers.

“RT Machinery have been excellent and the ability to hire-in attachments means we have the opportunity to undertake an extended evaluation to enable us to draw up a shortlist of attachments for future purchase. It’s the ideal machine for us because of its versatility, the ease of changing attachments and its slope mowing capabilities.”

The estate includes the Dairy, a beautiful and historic 19th century building, used exclusively as a wedding venue; the Five Arrows Hotel, Windmill Hill Archive and Flint House, a domestic dwelling commissioned by Lord Rothschild and completed in 2015, winning that year’s RIBA House of the Year Award. 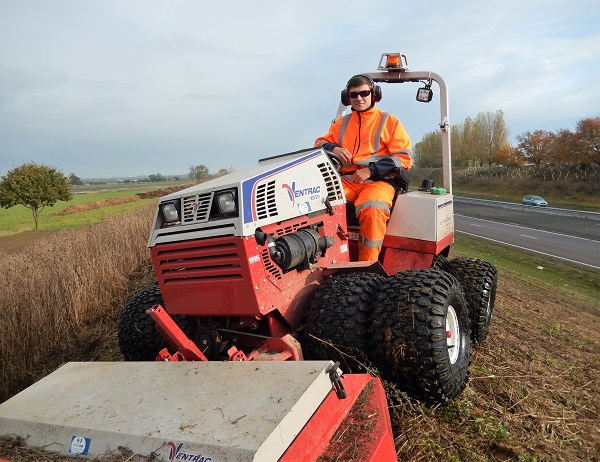