Ventrac Package For The RAC 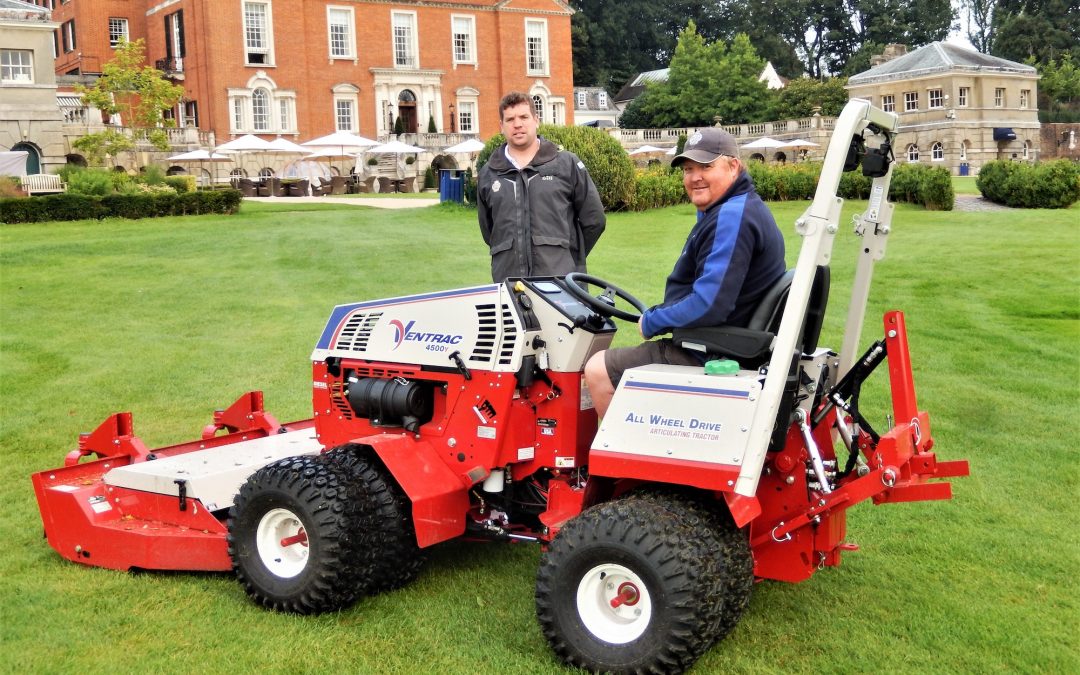 Iain Dye, the Courses Manager at The RAC in Woodcote Park, has taken delivery of a Ventrac 4500 with Contour deck and Tough Cut deck, to help maintain the two downland golf courses and surrounding estate.

Situated within the rolling Epsom Downs in Surrey, the Old Course, designed by the renowned William Herbert Fowler, was opened in 1915, while the Coronation Course was inaugurated in 1953, occupying the site of the club’s former New Course, which had been ploughed up during the Second World War.

“I first saw the Ventrac during a demonstration at Tandridge Golf Club and although very impressed, we didn’t have the budget at the time to purchase it. However, the recent construction of our new reservoir prompted me to ask Rupert Price of Price Turfcare for demo here.

“It really comes into its own when mowing the steep sides of the retention walls. It would take a huge number of team hours to strim this area, so it’s saving a lot of time that can be used productively elsewhere on the courses.

“Apart from some utility vehicles we are a Toro fleet, but this Ventrac is unique and extremely versatile. We can use it for woodland management with the Tough Cut deck to get into the margins to clear brambles and brush. The health and safety aspect was an important factor in the purchase; nobody likes strimming at the best of times, but on steep slopes it’s a particularly onerous task. The Ventrac can operate on slopes of 30 degrees in complete safety; it seems to go anywhere!

“The Contour deck articulates well on uneven terrain, reducing scalping on high areas and we’ll be using it on our fairways during the winter to protect our fairway units from any worm casts. Also, it can go out in wet weather as the eight tyres produce only 6 psi, so it won’t mark the finer turf areas.

“We can now raise the presentation around the courses, maintaining steeper banks which we were unable to manage previously. These areas can be mown regularly and therefore become even more manageable over time.”

During the summer months Iain has a team of 27 including two Deputy Course Managers; Gary Stewart is responsible for the Old Course and Simon Glover for the Coronation Course. He also has two full-time mechanics and a mechanic/greenkeeper, who all ensure that the machinery works well at all times. He joined the RAC in June 2020 from Tandridge Golf Club, where he spent 14 years, initially as Deputy Course Manager before being promoted to Course Manager in 2013. After studying at Elmwood College, he joined the greenkeeping team on the Jubilee Course at St. Andrews in 1997 and worked on the Old Course from 2001, before moving from Scotland to take the job at Tandridge.